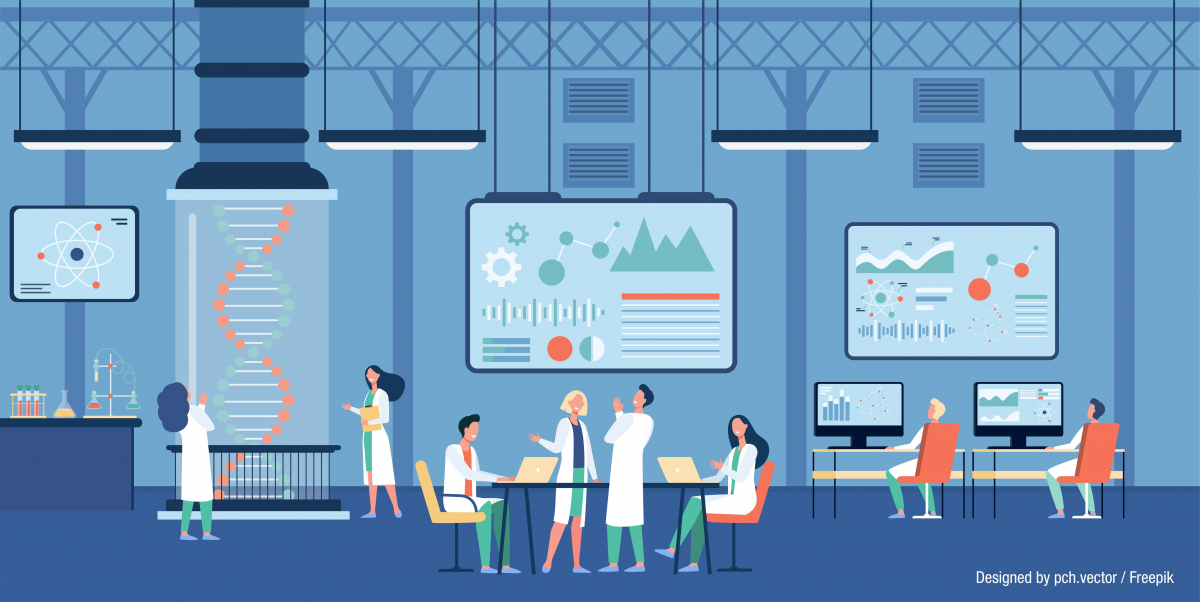 ACDC project organised an entrepreneurship course for secondary education aimed at instructing in the process of turning an idea into a business project, with case studies focused on the framework of ACDC themes.

16 students from North-Est Italy have been selected to participate in the Start-up School.
The programme consisted of 8 modules both in presence and online, following covid-19 restrictions. 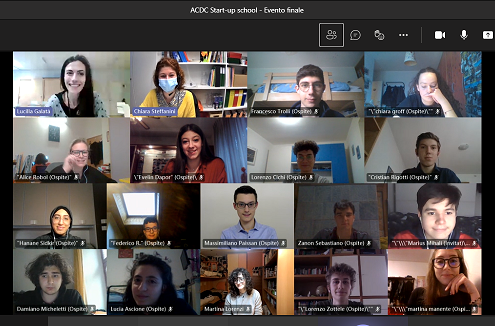 The 16 participants of the start-up school

During the first module, held the 8th of February at the CIBIO of the University of Trento, students met the representatives of four University based start-ups, who presented their business project, describing in particular the difficulties they encountered and how they overcame them.

During the following modules, students learnt the process and the methodologies to turn an idea into a business project, with the guidance of mentors experts in innovation.
Working in 4 groups (named after the 4 DNA nitrogen bases: Adenine, Cytosine, Guanine and Thymine), they learn how to generate and validate their business idea, how to outline a business model and how to effectively communicate their project to potential sponsors.

On 12 April the four groups of students presented their project in front of a jury composed of Milena Bigatto, expert in entrepreneurship training, Patrizia Famà, science communicator at MUSE, Dario Cecchi and Davide De Lucrezia, researchers and members of the biotech company Explora.
The mentors of the start-up school and students' professors were also present at the event.

All the projects were evaluated positively by the jury, who appreciated the work done and the ability to put into practice what was learned. However, the jury considered the Thymine group's presentation to be the most effective and their BIO2 project to be the most interesting.

According to the evaluation, students really appreciated this course and have been effectively involved in the reflections, visions and researches undertaken with the ACDC project.

Cick here for more information about the programme. 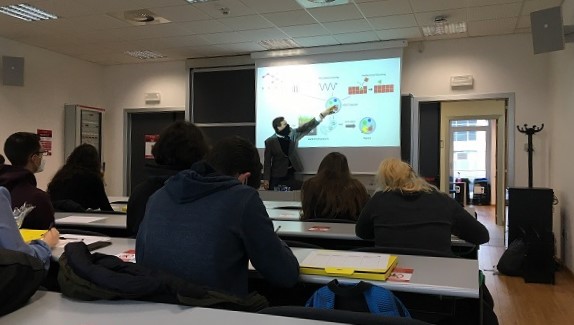 Students at the University of Trento with ACDC project coordinator prof. Martin Hanczyc