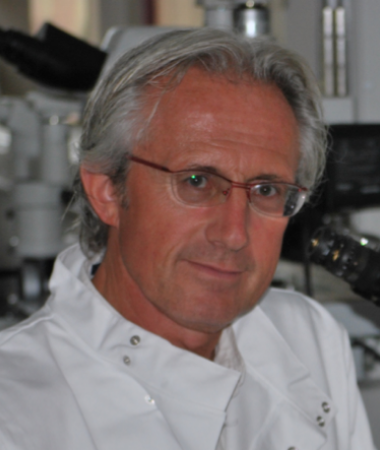 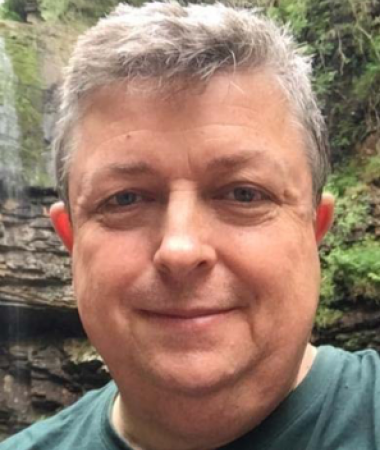 Adrian Porch is the Research Leader of Cardiff’s Centre for High Frequency Engineering. He has 33 years of research experience in the fundamental properties, electromagnetic modelling and applications of materials at microwave frequencies. He is a champion of interdisciplinary research, with research interactions across all of the physical sciences. In recent years his research has expanded into the area of medical microwave devices. He is PI on a £1M Wellcome Trust project (Translation Award, WT-096848MA Porch) to develop a non-invasive blood glucose meter using his patented microwave technology (WO2012059741 A1). This project is now undergoing commercialisation. In other relevant projects he is investigating the separate effects of pulsed microwave electric and magnetic fields on cells and organisms (Welsh Government’s National Research Networks and Sêr Cymru Fellowship Programme), and collaborating with the University of Sheffield on the use of microwave sensors for predicting pre-term birth based on tissue hydration. His novel microwave instrumentation has been recently applied to the development of a dual-mode EPR reactor-resonator for studies of catalytic reactions (funded by EPSRC, EP/R04483X/1). 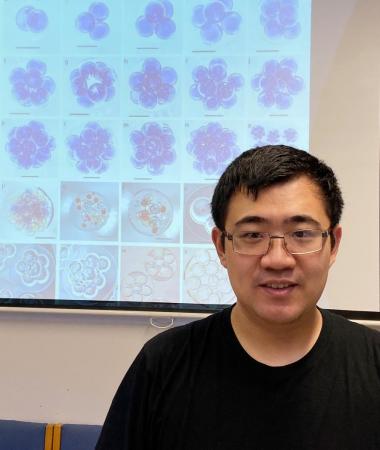 Jin Li did his PhD with Prof. David Barrow and Prof. Adrian Porch on droplet microfluidics in School of Engineering, Cardiff University, during 2012-2015. His research theme is complex emulsions, and he is interested in several application areas, including the inertial fusion energy target fabrication, cell encapsulations, and the creation of artificial cell. He is now working with David and Dr. Oliver Castell in Cardiff University on the 3D-printed microfluidics and the internal organisation of the artificial cell for the ACDC project and its consortium. 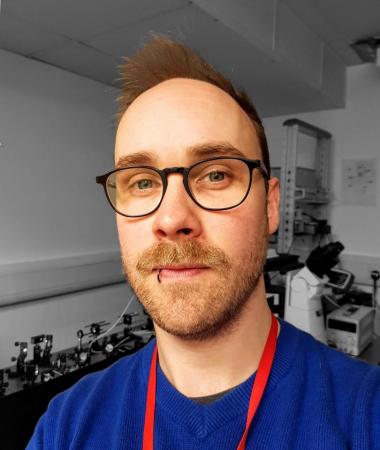 Since 2015 David has been a postdoctoral researcher within the Castell group in the University of Cardiff's School of Pharmacy. Investigating biophysical problems through the development of new single molecule imaging tools and methodologies.

After completing his undergraduate studies at the University of Bath in 2009 David undertook a PhD in biophysical chemistry at the same institution within the laboratory of Prof. Toby Jenkins. During this period he worked to develop hybrid lipid/polymer nanocapsules for bacterial sensing as part of the seventh framework programme "Bacteriosafe".

Upon completion of his doctoral training in 2013 David joined the Technology Development group at Public Health Englands Porton Down site building microfluidic phenotypic assays for the rapid detection of carbapenemases in the ESKAPEE panel of pathogens. 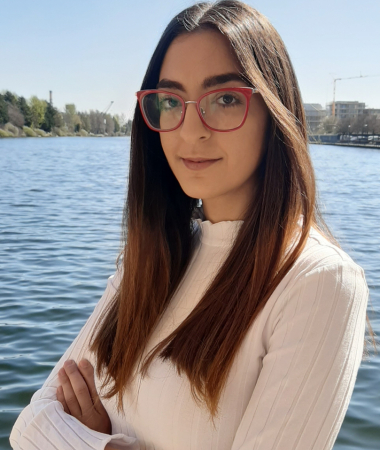 Pantelitsa Dimitriou completed her Bachelor Degree in Physics at the University of Leicester, in the UK. Her undergraduate research thesis calibrated Induction Coil Magnetometers and studied the effects of Solar Events on the Magnetic Field of the Earth. She proceeded to her Master in Bioengineering at the University of Nottingham, UK, where she was involved with antimicrobial biomaterials-Since October 2019, Pantelitsa joined Cardiff University, in the UK, where she began her PhD at the School of Engineering. Her doctoral research will introduce cancer stem cells within the internal ecosystem of an artificial cell, to study drug-cell interactions. This research orientation will be integrated within the overall ACDC project. 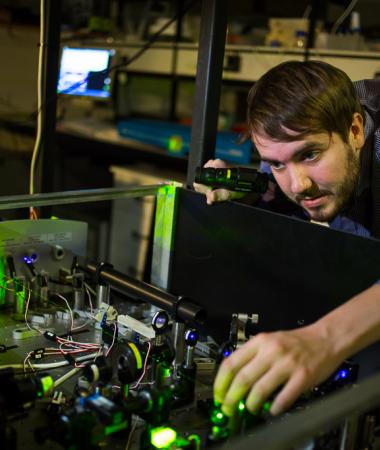 Dr Castell's research is at the intersection of the biological and physical sciences and concerns the development and application of new techniques to help unravel the complexity of living systems. In turn he is particularly interested in applying the knowledge gained to the development of new materials and tools inspired by biology.
From single molecules in minimal model systems to measurements in complex cells and tissues, the creative application of Chemistry, Physics and Engineering can shed light on biological systems to answer important questions with far-reaching implications for medicine, bio-technology and our fundamental understanding of the world around us. The Castell Lab then seek to apply this knowledge to the development of new materials and tools inspired by biology. By shaping our capability to engineer at the molecular level, the development of these new, smart, soft materials will have many important applications in areas such as therapeutics, bioelectronics, sensing, chemical computing and synthetic cells.
Dr Castell's research has been largely focused on the cell membrane and how membrane components such as lipids and proteins function and understand their spontaneous organisation in response to their environment. TIRF microscopy is a principle technique in the laboratory, enabling the visualisation of single molecules. This allows us to see beyond ensemble behaviour and characterise the dynamics of individual events. This is complemented by the use microfluidics and micro-engineering to manipulate and define conditions on the micro-scale, creating enabling tools for microscopy, high-throughput processes and for the creation of soft-matter materials inspired by biology.
Oliver is a Cardiff University SBP Research Fellow and Senior Lecturer and was awarded the President's Medal of the Society for Experimental Biology in 2016, an award made to early career scientists held in high regard as creative and novel thinkers.